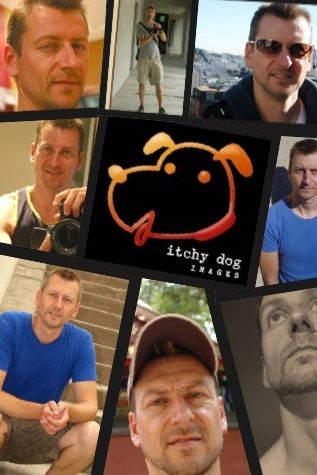 I was born in 1968 in Toowoomba, Queensland, Australia, raised with three siblings and schooled at Rangeville Primary School and Toowoomba Grammar School before graduating in Veterinary Science from the University of Queensland at nearby Brisbane in 1990. I practiced veterinary medicine in the Barossa Valley of South Australia, Brisbane and the Gold Coast. I moved on to retail management in the pet industry and then to Sydney in the retail and wholesale medical book and equipment industry. In my late forties, I uprooted myself to Beijing, China with two dogs, teaching English initially and as a Medical Editor more recently.
I had always been interested in biology, zoology and the natural world with an emphasis on all things small, most notably the insects. This took the form of collecting and progressing to photography. With more time on my hands away from the rat-race of Western society, I have sharpened my eye and exercised my patience to further my interests. There was a day when I would take a multitude of pictures and keep them all but these days I take fewer and delete more. And I am getting closer and closer to my subjects.
I use a trusty Sony DSC-R1 with all its bells and whistles which is now a dinosaur by today's standards but it has grown on me. Everyone in China has a camera - usually a very big camera. Lens size and length being the optimal status symbol. But no one is getting up close and personal. I love being outdoors in the urban jungle that is Beijing and it is a stunning city of contrasts - rich and poor, old and new, big and small. Incredibly there is still a lot that is small to see if you look for it. These images are my better results and I will add to the collection as I improve. Feel free to leave a comment or contact me if the topic, subjects or individual pictures interest you. My apartment walls are a mosaic of some of these images printed on canvas and I often wonder if they are commercial in any way.
Either way, nothing makes me happier than sitting in a garden bed, crouching in a swamp, climbing a
mountain, exploring a park, visiting markets and queueing with tourists for that elusive shot that nobody
else sees. I don't manipulate my pictures digitally bar tweaking contrast and saturation and a little sharpening where and if required. To me, the best picture is the one you know was a good picture when you took it and is viewable immediately.
In mid-2011, I moved to Pu'er, Yunnan in south-western China. I won't deny that part of the reason was to pursue my photography passion. Yunnan is reknowned as a flora and fauna mecca - China's Amazon. And indeed, everything (insect-wise) is bigger, brighter, more abundant and more bizarre than elsewhere, as you will hopefully see.