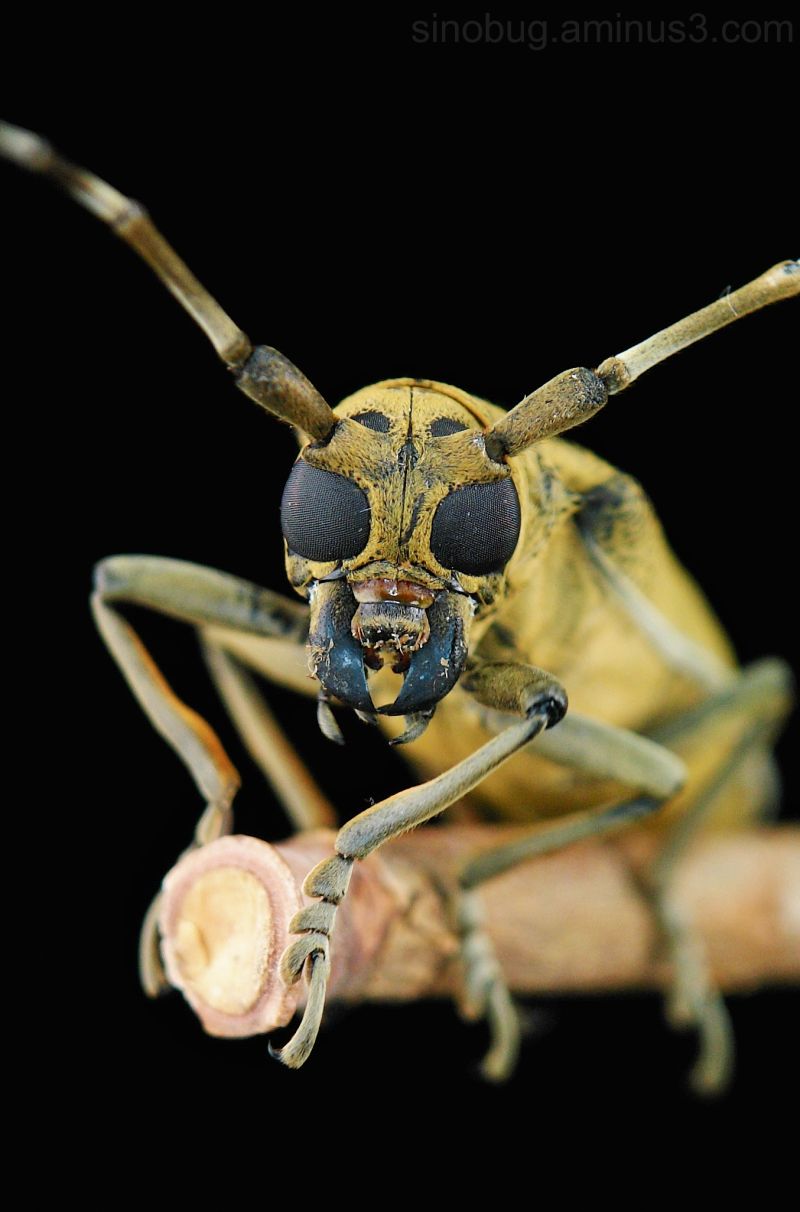 Posted by itchydogimages (Pu'er, China) on 1 August 2011 in Animal & Insect and Portfolio.

The large beetles make for great subjects. I found this guy demolishing the bark on a shrub in the Beijing Botanical Gardens and took him home to catch his best angles (he was returned to the very same shrub two days later). Formidable jaws and powerful flyers. Being a longhorn beetle, it's antennae are substantially longer than its body. (50mm) (Home studio)

This image has been featured in 2 Remix collections.