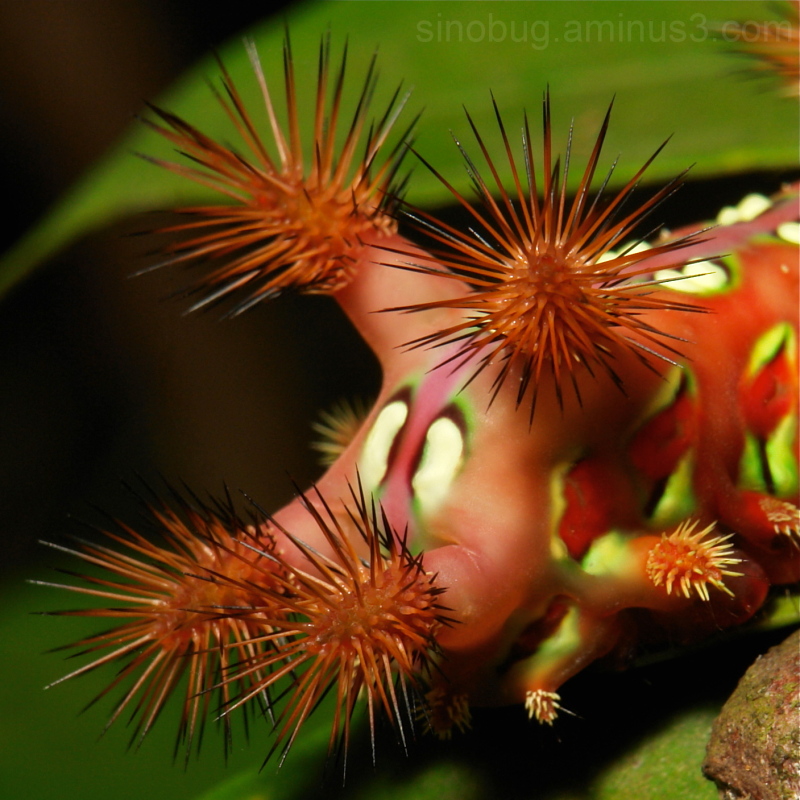 Posted by itchydogimages (Pu'er, China) on 19 December 2012 in Animal & Insect and Portfolio.

(Cup Moth, Limacodidae)
These caterpillars are custom built with every conceivable self-protection device imaginable. Bright, garish colors which are like danger signs in nature saying "I taste awful" or "I am loaded with poison; multiple stinging barbs which inflict painful and persistent burning rashes (on humans anyway); false eyes pointing in every direction to say " I see you, you can't surprise me"; a head end that looks the same as the rear end so there can be no potential surprise attack from behind; and specific to the Limacodid caterpillars (who actually have no true legs, hence the slug in their name), a sticky adhesive underside that makes them very difficult to prise off their food plant. With that in mind, stinging nettle caterpillars are often not hard to find. They don't conceal themselves day or night and will often be in the most conspicuous of locations. Basically, they have little to fear.
Pu'er, Yunnan, China

A fantastic image. What a beautiful creature.

WOW, what a beautiful shot, congratulations!

They sound similar to a skunk! Nothing to fear.