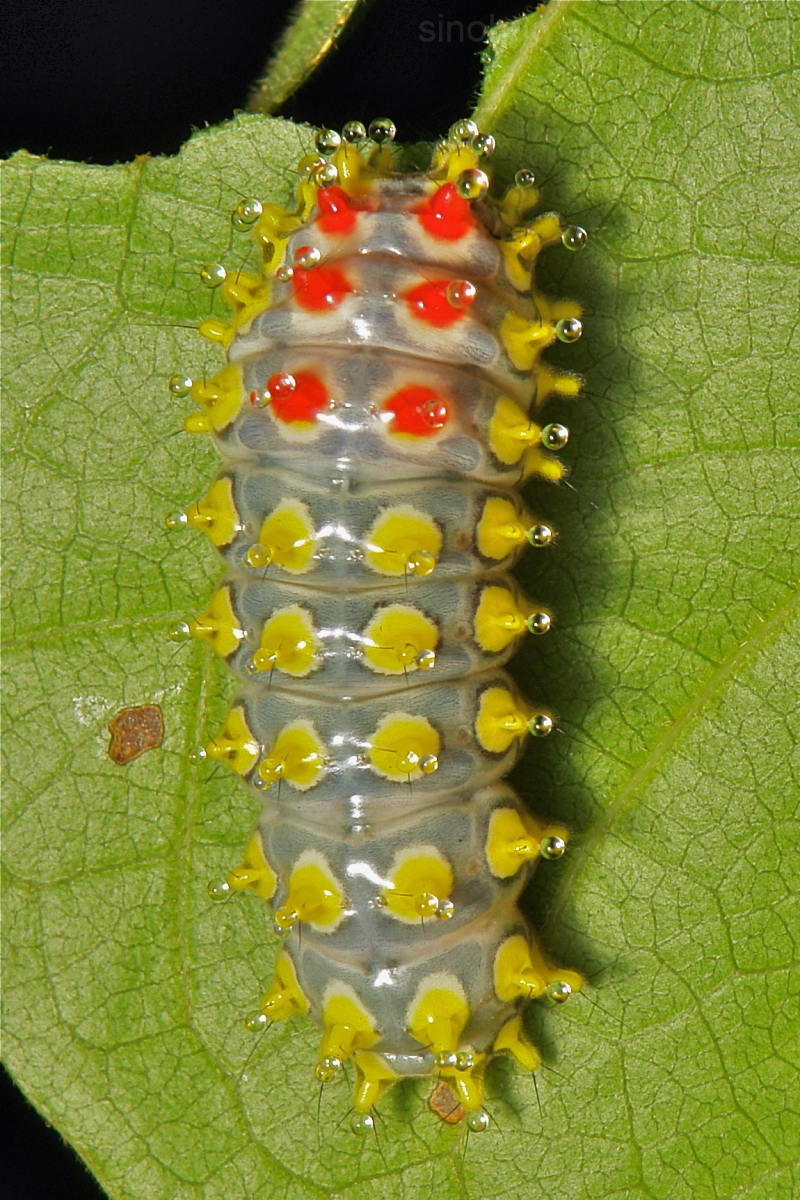 Posted by itchydogimages (Pu'er, China) on 22 December 2012 in Animal & Insect and Portfolio.

(Cyclosia sp., Zygaenidae)
Both caterpillars and moths of the Zygaenidae family are stunningly beautiful. As with most things in nature, beauty (bright colors which are appealing to us but are in nature are glaring warning signs) is synonymous with danger. From Wikipedia, "The bright colours are a warning to predators that the moths are distasteful – they contain hydrogen cyanide throughout all stages of their life-cycle. Unlike most insects with such toxins, they manufacture these themselves rather than obtaining them from host plants. They are known to have mimicry complexes based on these toxins" and “Larvae in two subfamilies, Chalcosiinae and Zygaeninae, have cavities in which they store the cyanide, and can excrete it as defensive droplets.”
So armed with this knowledge, I draw your attention to the droplets of liquid excreted from the tubercles on this caterpillar when I disturbed it to photograph it. The moral of this story? Don't lick caterpillars.
Pu'er, Yunnan, China

Never seen such a pretty caterpillar. Many thanks.

This creature looks to be of royalty!