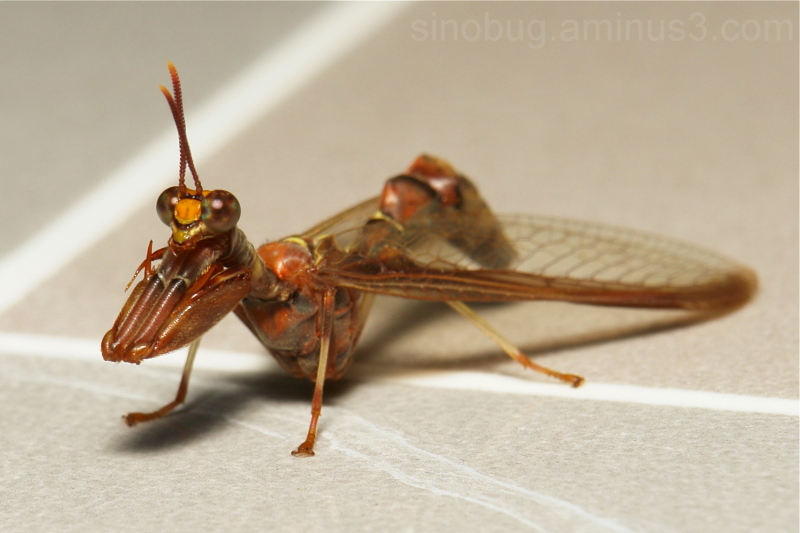 Posted by itchydogimages (Pu'er, China) on 16 October 2013 in Animal & Insect and Portfolio.

These extraordinary, seemingly prehistoric insects belong to the same order of insects as lacewings and owlflies. They get their name from their mantis-like appearance, as their spiny "raptorial" front legs are modified to catch small insect prey and are very similar to the front legs of mantids. The adults are predatory insects that are often nocturnal.
The larvae of the subfamily Mantispinae (to which this individual belongs) seek out female spiders or their egg sacs which they then enter; the scarabaeiform larvae then feed on the spider eggs, draining egg contents through a piercing/sucking tube formed by modified mandibles and maxillae, pupating in the egg sac.
First-instar mantispids use two strategies to locate spider eggs: larvae may burrow directly through the silk of egg sacs they find, or they may board and be carried by female spiders prior to sac production, entering the sac as it is being constructed.
(attracted to MV night light)