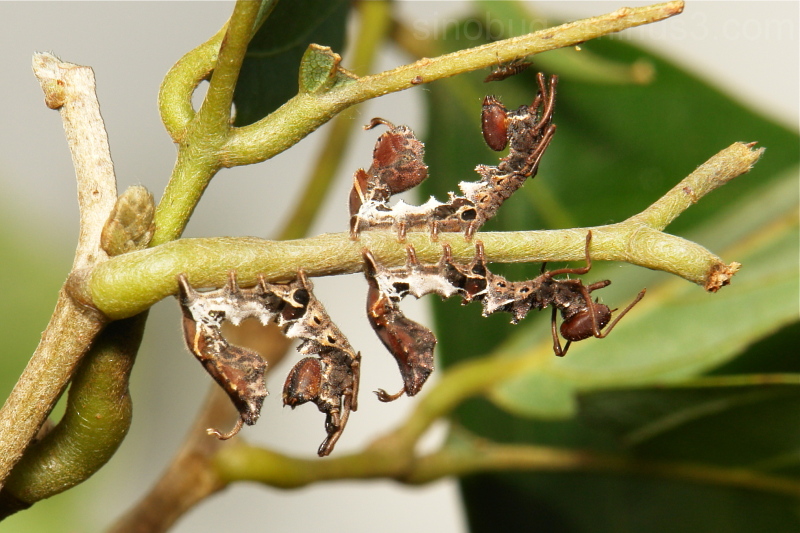 Posted by itchydogimages (Pu'er, China) on 17 November 2013 in Animal & Insect and Portfolio.

The Lobster Moth is in itself an unremarkable fluffy Lepidopteran you might not look twice at. Its larvae however are widely regarded as the most bizarre of all caterpillars, with long thin jointed forelegs which are not only used outstretched in a defensive posture when alarmed but also giving this caterpillar extreme agility and alien-like mobility around its environment, and a grotesquely enlarged tail-end not dissimilar to that of a crustacean which can be elevated to assume numerous “artistic” poses.