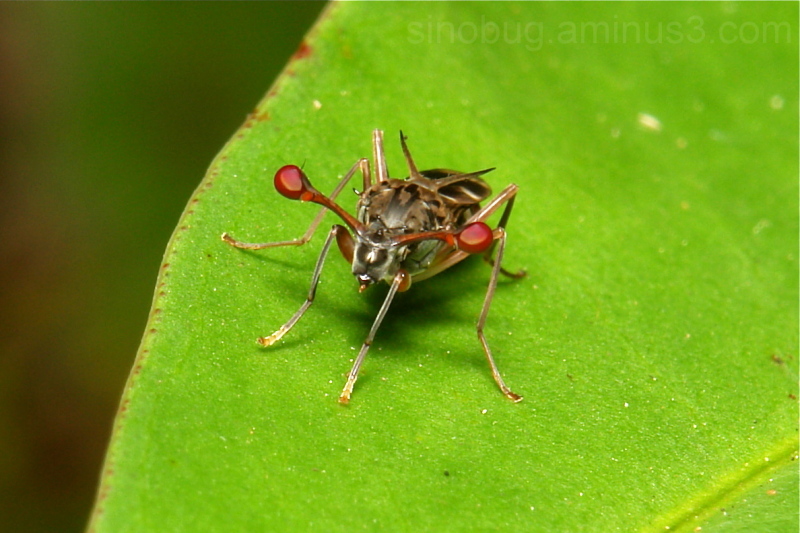 Posted by itchydogimages (Pu'er, China) on 6 December 2013 in Animal & Insect and Portfolio.

Stalk-eyed flies are insects of the fly family Diopsidae. The family is distinguished by the possession of eyestalks: projections from the sides of the head with the eyes at the end. Some fly species from other dipteran families such as the Drosophilidae and Tephritidae carry similar structures but the unique character of the Diopsidae is that the antennae are carried next to the eye at the end of the stalk.

Adult diopsids are typically found on low-lying vegetation in humid areas, often near streams and rivers, where they feed on fungi and bacteria on decaying vegetation. The larvae develop in rotting vegetation.

A rather remarkable feature of stalk-eyed flies is the ability of the males, shortly after they emerge from their pupae, to ingest air through their oral cavity and pump it through ducts in the head to the tips of the eye stalks, thereby elongating them while they are still soft and transparent.