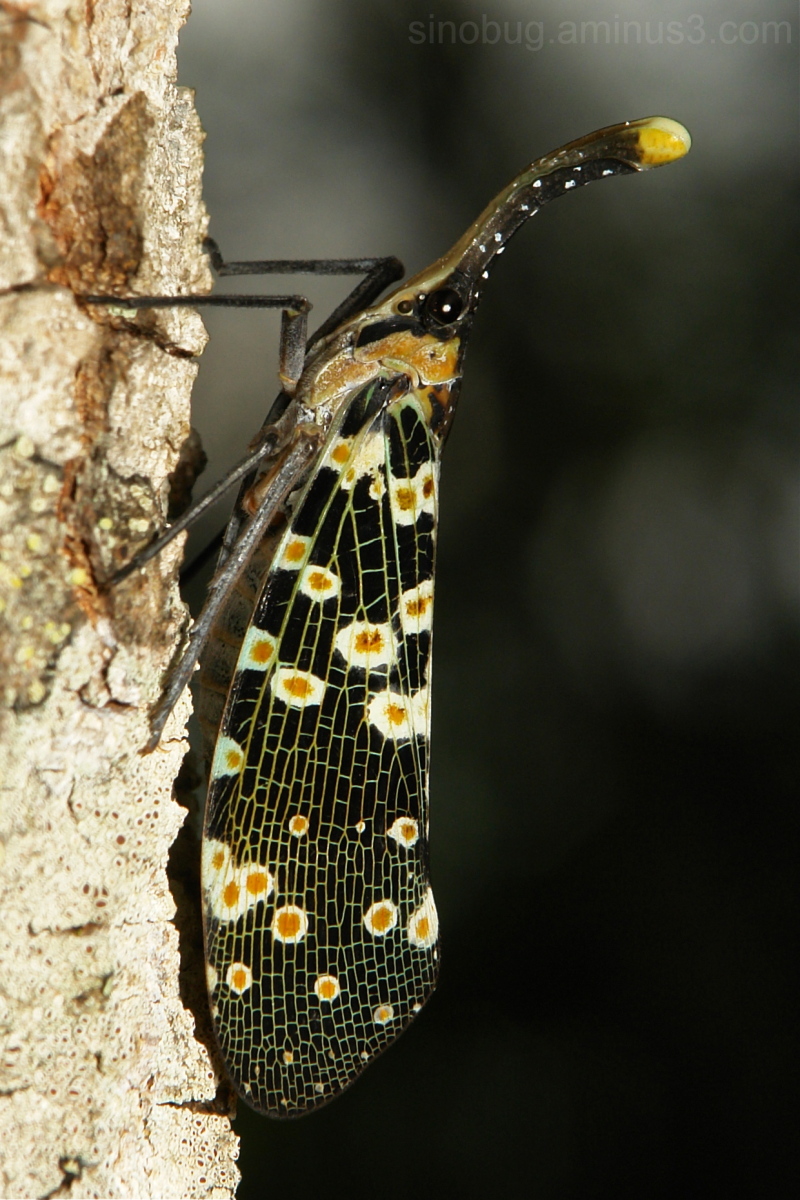 Posted by itchydogimages (Pu'er, China) on 2 June 2014 in Animal & Insect and Portfolio.

Pyrops is a genus of planthopper that occurs primarily in southeast Asia, containing about 60 species.They are fairly large insects, with much of the length due to an elongated, upcurving, snout-like projection of the head. The wings are generally brightly patterned in contrasting colors, and they are popular among collectors.

The head of some Fulgorid species is produced into a hollow process, resembling a snout, which is sometimes inflated and nearly as large as the body of the insect, sometimes elongated, narrow and apically upturned. It was believed, mainly on the authority of Maria Sibylla Merian, that this process, the so-called lantern, was luminous at night. Carl Linnaeus adopted the statement without question and coined a number of specific names, such as laternaria, phosphorea and candelaria which are still used today to illustrate the supposed fact, and thus aided in promoting a belief which centuries of observations have failed to confirm.