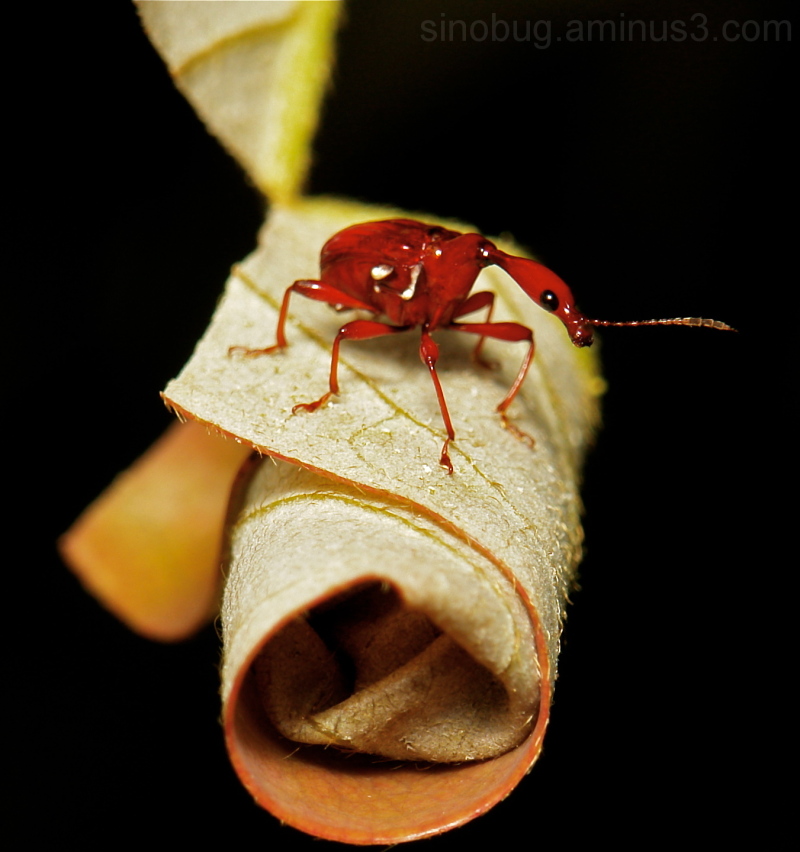 Posted by itchydogimages (Pu'er, China) on 27 June 2014 in Animal & Insect and Portfolio.

The leaf-rolling weevils are admirably evolved to perform their family-building activities. Inside the rolled leaf are their eggs which, when they hatch, will have their first meal directly from the leaf that harbors them.

The leaves are rolled by a pair of beetles without use of silk or adhesives but through a carefully orchestrated series of cuts, crimps and creases enabled by their overdeveloped necks, a feature that have earned them the colloquial name of giraffe weevils. Some species leave their rolled leaf attached to its source. This species however severs the finished roll and it falls to the leaf litter below where it is even less obvious. You can see the single attachment point in the background in this image. Moments after this photo was taken, this beetle turned around and cut the incubator loose and flew off to start over.

This image has been featured in 1 Remix collection.