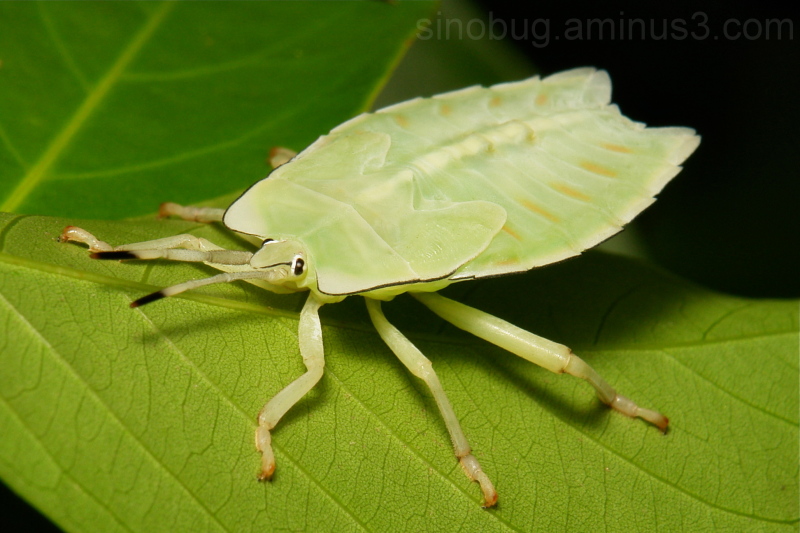 Posted by itchydogimages (Pu'er, China) on 3 August 2014 in Animal & Insect and Portfolio.

Tessaratomidae is a family of true bugs, similar in appearance to the more common shield/stink bugs of the family Pentatomidae. Larger species are known informally as giant shield bugs or giant stink bugs and are sometimes quite colourful. Their nymphal forms are often very colourful also and usually bear little resemblance to the adult.